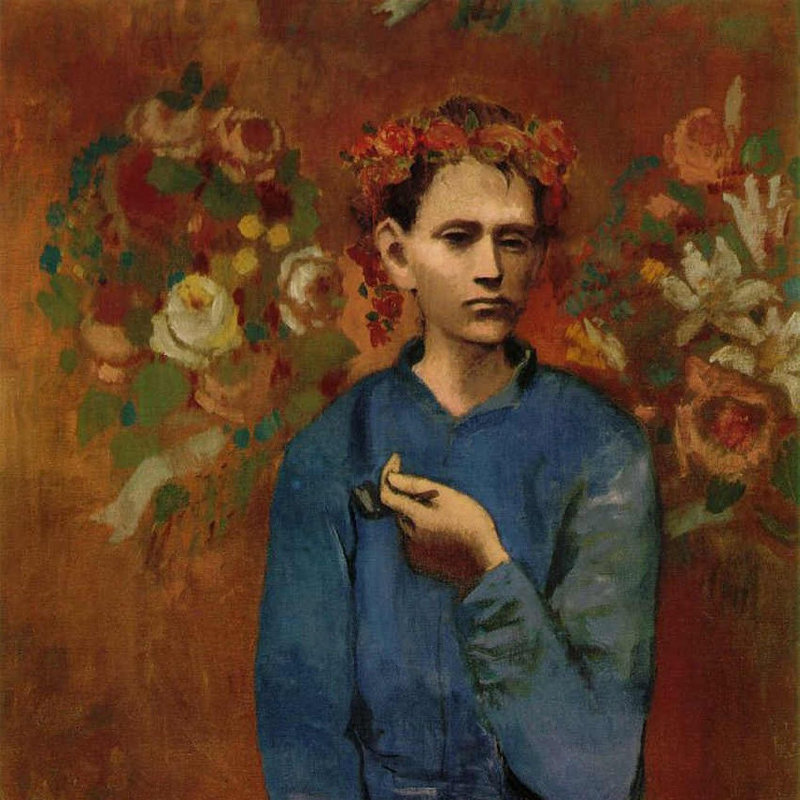 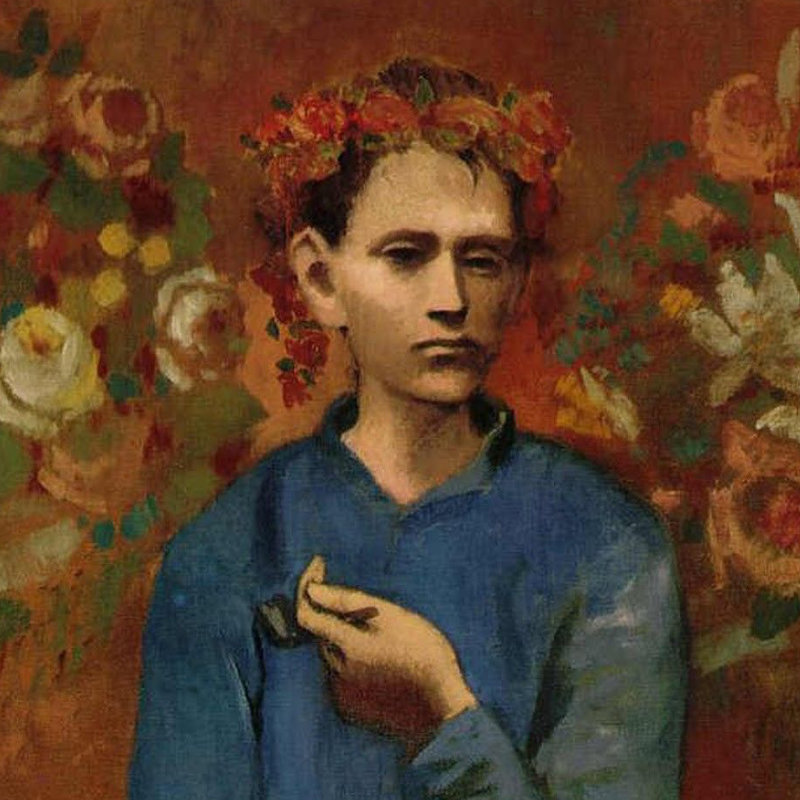 Garçon à la pipe was painted in 1905 when Picasso was 24 years old, during his Rose Period, soon after he settled in the Montmartre section of Paris, France. The oil on canvas painting depicts a Parisian boy holding a pipe in his left hand and wearing a garland or wreath of flowers.

Early preparations of this work involved positioning the boy in all types of poses that involved standing, sitting or leaning against the wall. After much repositioning of the model, Picasso decided to go with the boy sitting down. Next was how to position the arm, where much time was also spent on the height and angle.

Early works do not show any objects other than a pipe being used.Although Picasso started to paint this picture, he gave it a rest period for about a month. During this time, Picasso decided to finish it off by placing a garland of flowers on the boy's head.

Le Bateau-Lavoir in Montmartre is where Picasso was living when he painted the picture. Some of the local people made a living in the entertainment industry, such as being clowns or acrobats. Picasso used many local people in his pictures, but little is known about the boy in the picture.