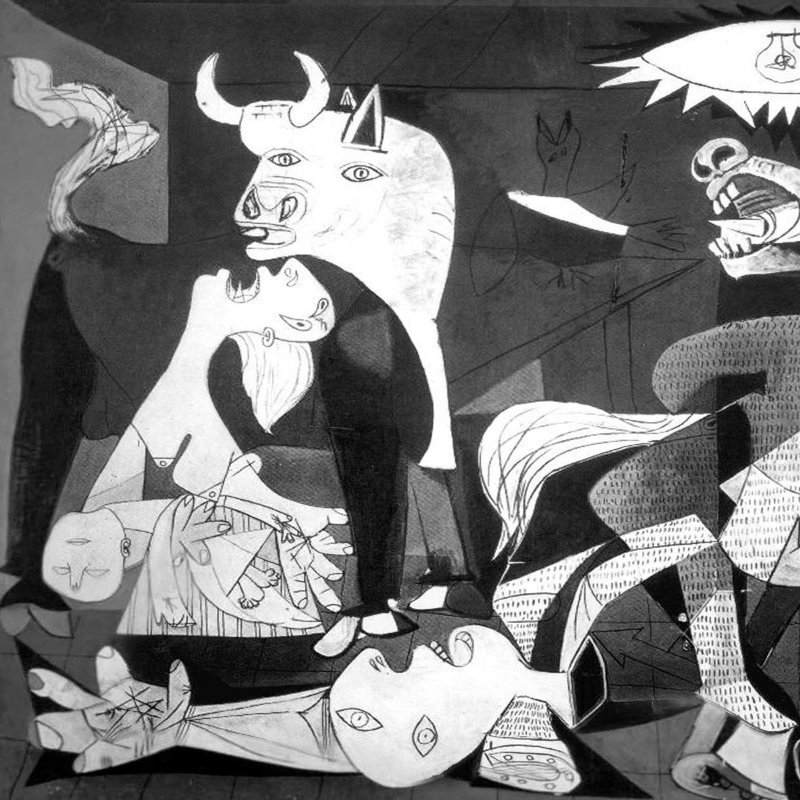 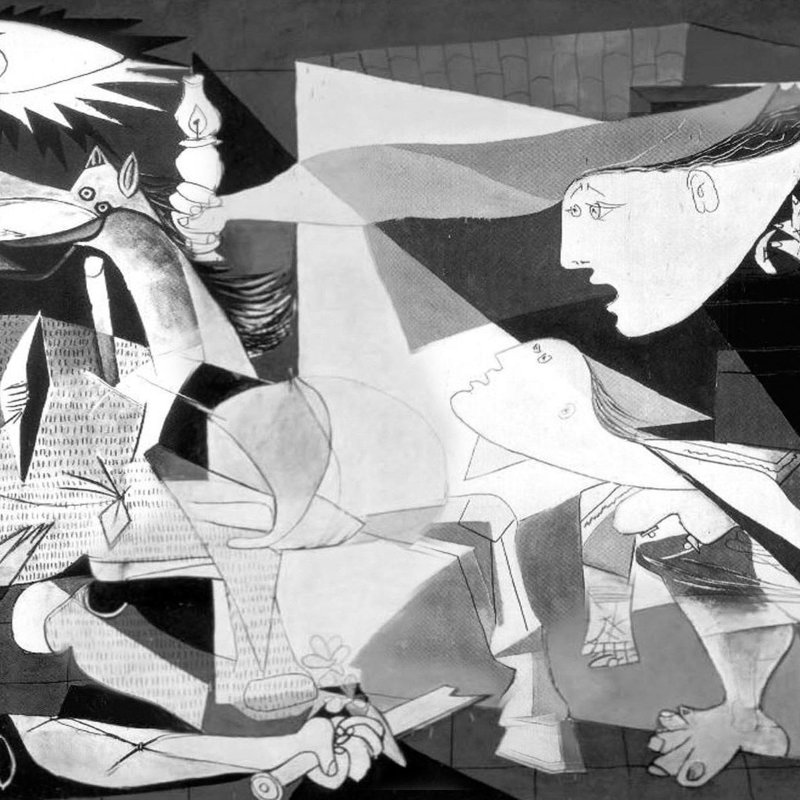 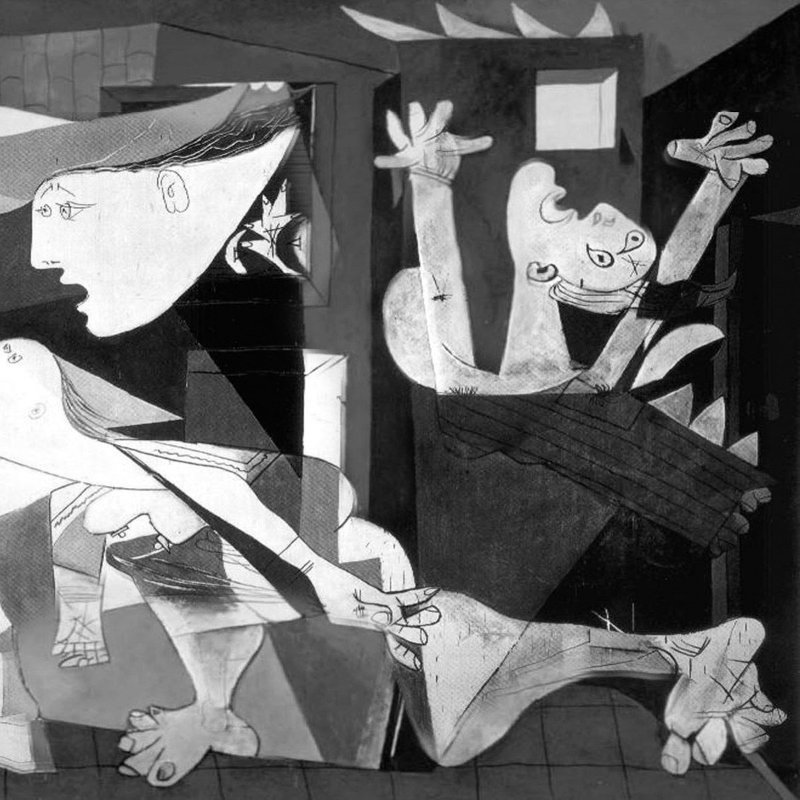 Probably Picasso's most famous work, Guernica is certainly his most powerful political statement, painted as an immediate reaction to the Nazi's devastating casual bombing practice on the Basque town of Guernica during the Spanish Civil War.

Guernica shows the tragedies of war and the suffering it inflicts upon individuals, particularly innocent civilians. This work has gained a monumental status, becoming a perpetual reminder of the tragedies of war, an anti-war symbol, and an embodiment of peace. On completion Guernica was displayed around the world in a brief tour, becoming famous and widely acclaimed. This tour helped bring the Spanish Civil War to the world's attention.

This work is seen as an amalgamation of pastoral and epic styles. The discarding of color intensifies the drama, producing a reportage quality as in a photographic record. Guernica is blue, black and white, 3.5 meters (11 ft) tall and 7.8 meters (25.6 ft) wide, a mural-size canvas painted in oil. This painting can be seen in the Museo Reina Sofia in Madrid.

Interpretations of Guernica vary widely and contradict one another. This extends, for example, to the mural's two dominant elements: the bull and the horse. Art historian Patricia Failing said, "The bull and the horse are important characters in Spanish culture. Picasso himself certainly used these characters to play many different roles over time. This has made the task of interpreting the specific meaning of the bull and the horse very tough. Their relationship is a kind of ballet that was conceived in a variety of ways throughout Picasso's career."

Some critics warn against trusting the political message in Guernica. For instance, the rampaging bull, a major motif of destruction here, has previously figured, whether as a bull or Minotaur, as Picasso's ego. However, in this instance the bull probably represents the onslaught of Fascism. Picasso said it meant brutality and darkness, presumably reminiscent of his prophetic. He also stated that the horse represented the people of Guernica.