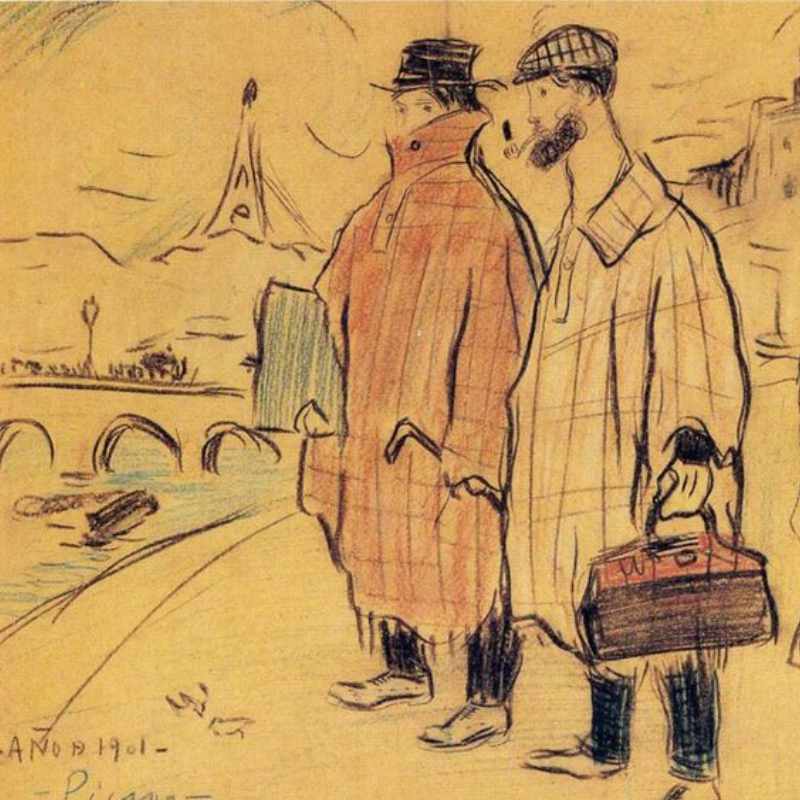 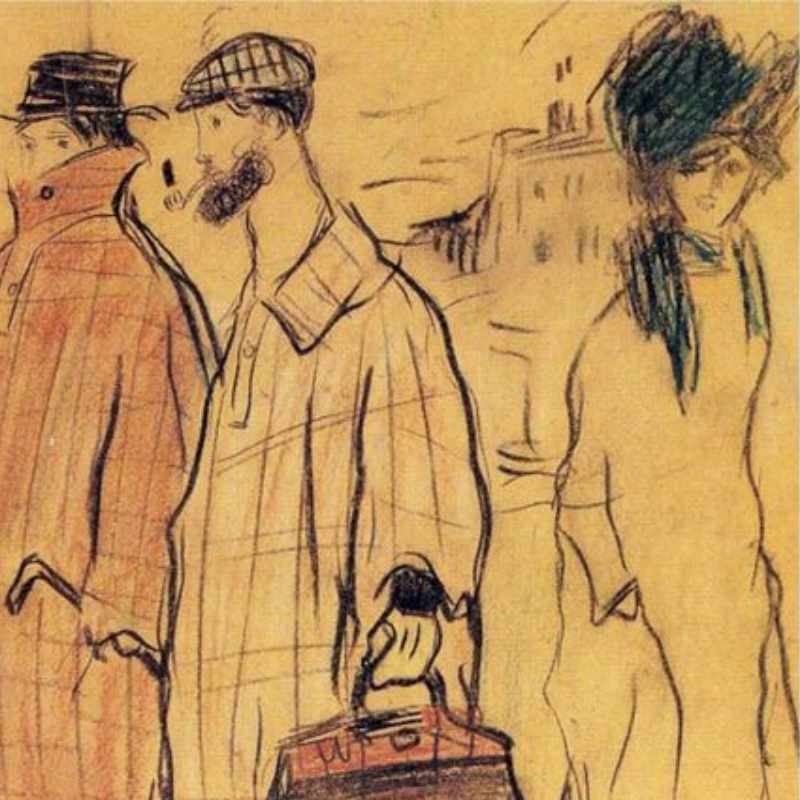 When young Pablo Picasso decided to permanently move to Paris, and take his art career to a new level he was accompanied by a friend Sebastià Junyer Vidal. The two moved into a studio at 13 Rue Ravignan that was quickly dubbed the Bateau Lavoirr, a nickname inspired by its similarity with a Seine laundry barge. Two Spaniards remained friends for many years to come and their relationship was immortalized in several art pieces including this famous sketch.